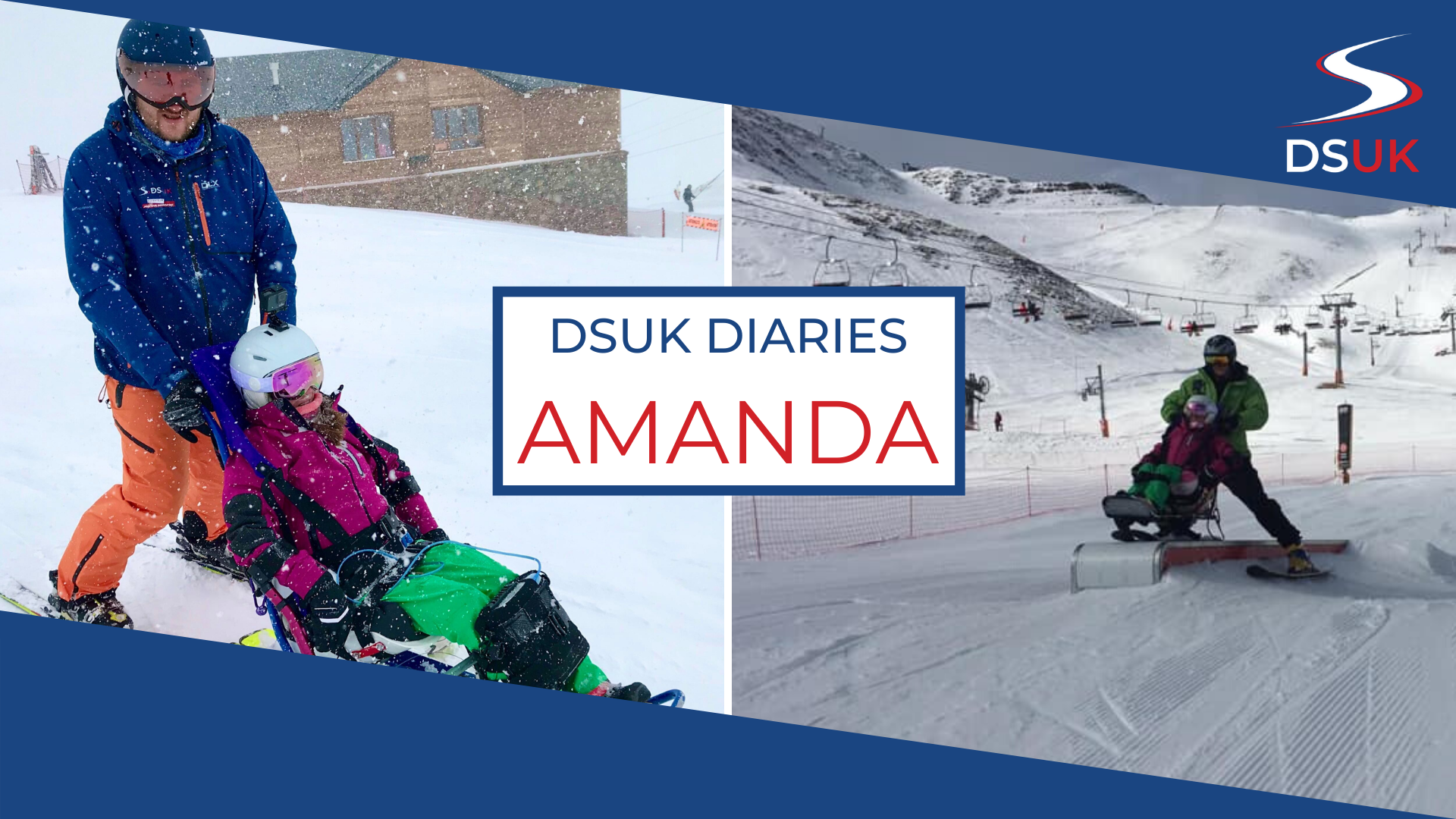 What is Amanda’s condition?

Amanda has a condition called Congenital Muscular Dystrophy which is a muscle wasting condition which affects her whole body. When she was younger, she had to have a full spinal fusion and she now has oxygen therapy to help with her breathing. She can walk small distances with her pink crutches but if she has a longer trip,she uses her ‘Uber cool’ electronic wheelchair called Gonzales.

How did Amanda get into skiing?

Amanda works for an eco-holiday company which specializes in mountain biking. Her colleagues love to ski and we’re keen to get her into skiing. So, they had a look around and found DSUK. Next thing she knew is she was at her first lesson!

How does skiing make you feel?

Alive! Amanda is a bit of an adrenaline junky, so skiing is perfect for her. She loves the speed, the constant learning of new skills and the fact that she can do it along side her non-disabled friends.

What equipment do you use?

She uses a bi-unique sit-ski, which is a sit-ski with two skis underneath it instead of one, which makes it a bit more stable (in theory). She also uses hand-held riggers, which are attached to her arms (They look like crutches with skis on the bottom) and she has an instructor attached to her by tethers via the back of the sit-ski, ‘He’s supposed to be there to help control the speed’, help her do her turns better and to help her not fall over. At some of the altitudes that Amanda skis at require her to take her portable breathing tank up with her.This tank is attached to her feet by straps and sounds like someone is opening a bear can.

How often do you ski?

She have two lessons a month with DSUK at Snow Factor in Glasgow and goes on a holiday every winter.

What are your skiing goals and ambitions?

would like to confidently ski down a red-run and maybe eventually do a green or a blue without tethers.

Why do you goon DSUK holidays?

The banter,the laughter and of course, the skiing. Due to where Amanda lives, she has never been part of a disability group and she didn’t think she would like it, but she was wrong. Really wrong. Amanda says, ‘It’s amazing to mingle with people who just get you, like really get you’.

Apart from skiing, what else do you enjoy about the trips?

Amanda LOVES Après Ski! Going to the pub with her mates, playing cards and of course. Lots of eating.

Which is your favorite DSUK Destination?

Amanda loves Arinsal because the proximity from the gondola to the hotel and the lifties are awesome!

Big Bear in California but she is more than happy in Arinsal as she wants to ski over to Pal (Which is the other side of the mountain).

What is your favorite DSUK holiday memory?

It was hard for Amanda to choose but she decided that skiing in the fog was her favorite because it was the moment, she realized she could ski. She skied a full red run in the fog, with the help of her instructor, Shaun. She loved it so much that she asked to go back up and do it again.

Would you recommend going on a DSUK holiday?

She says Definitely! Whether it is a helper or a skier, you should go at least once, it was the only holiday she had been on where her disability truly didn’t matter, she made some friends for life and DSUK helped proved nothing is impossible. 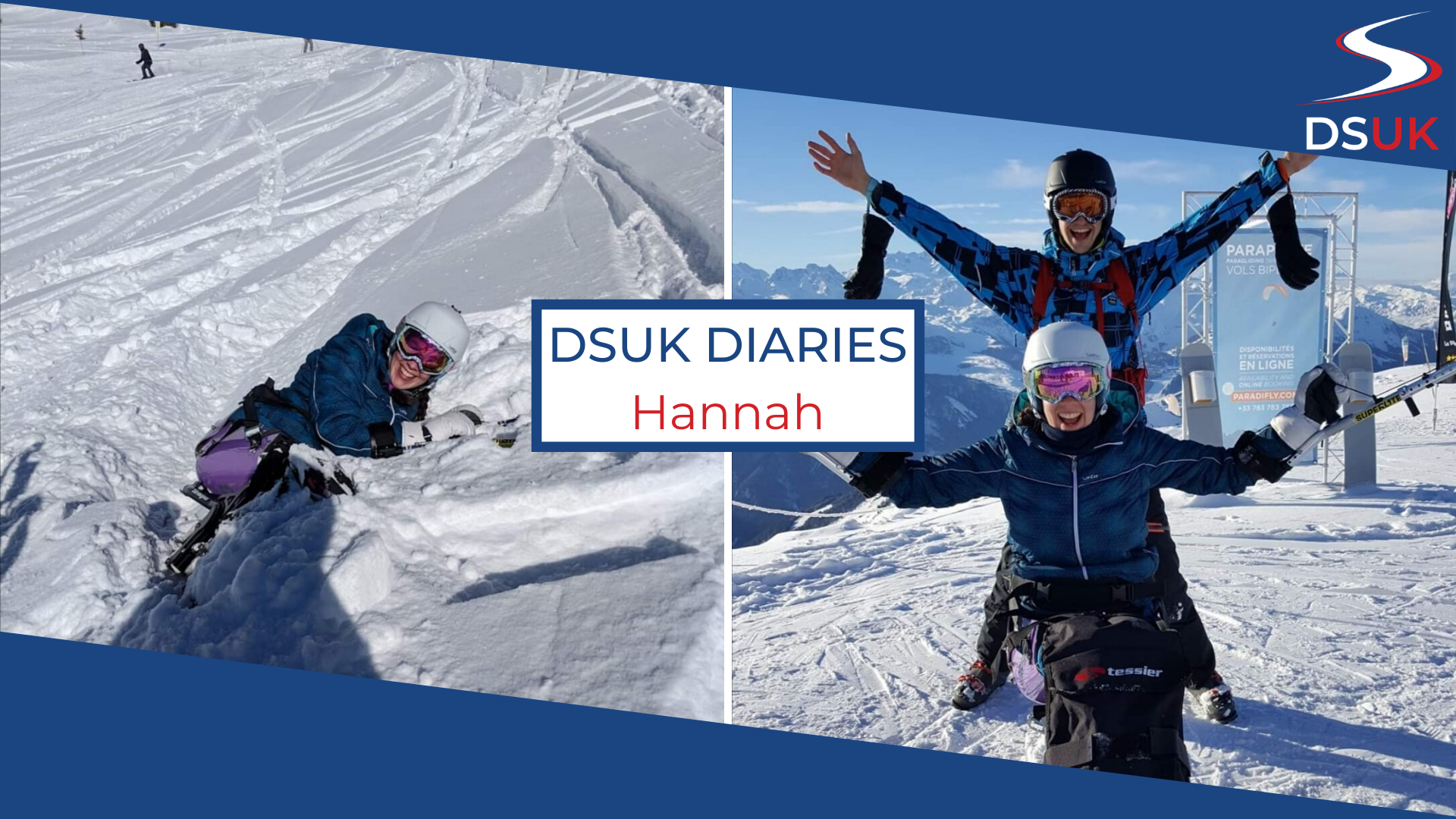 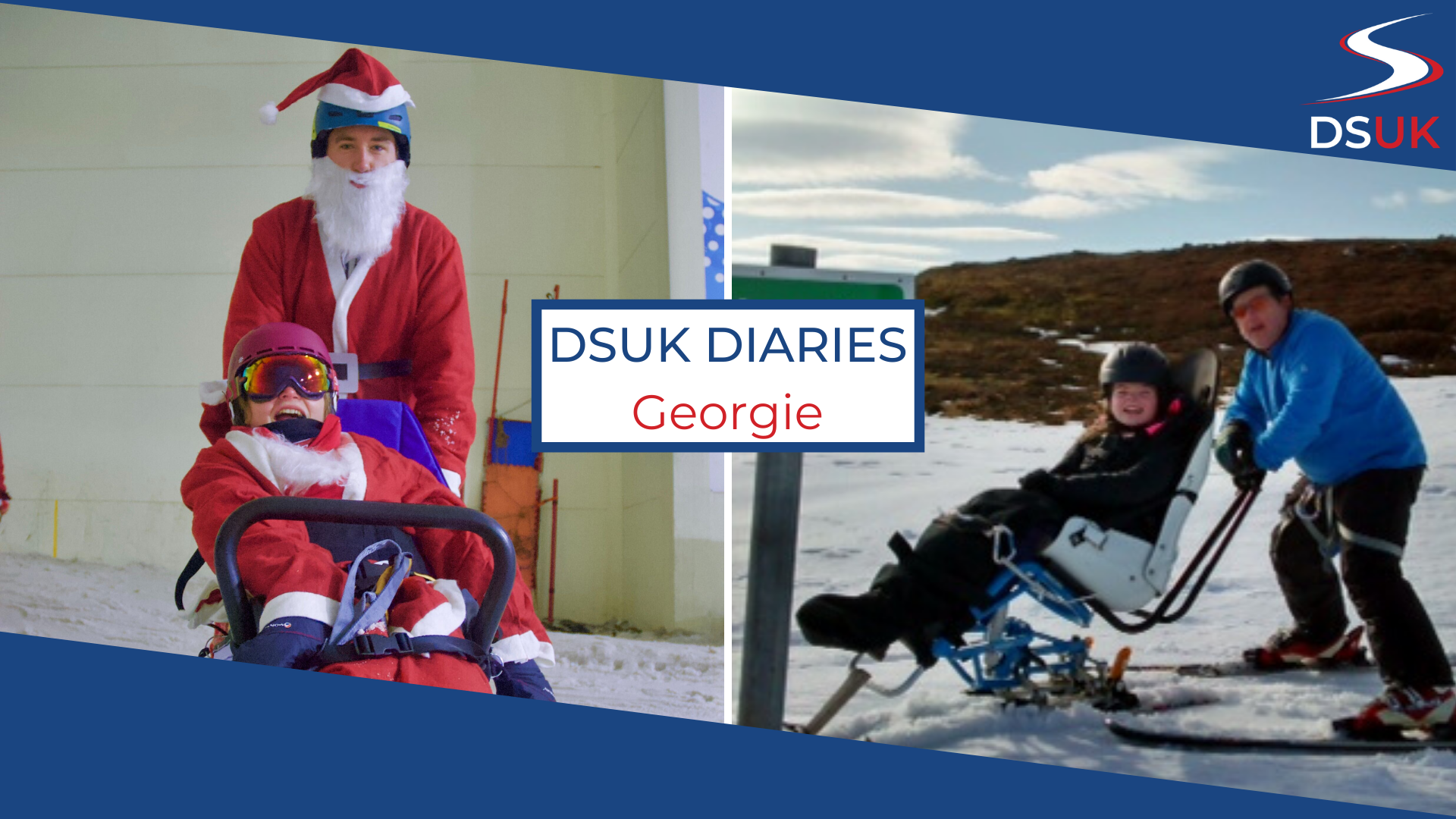 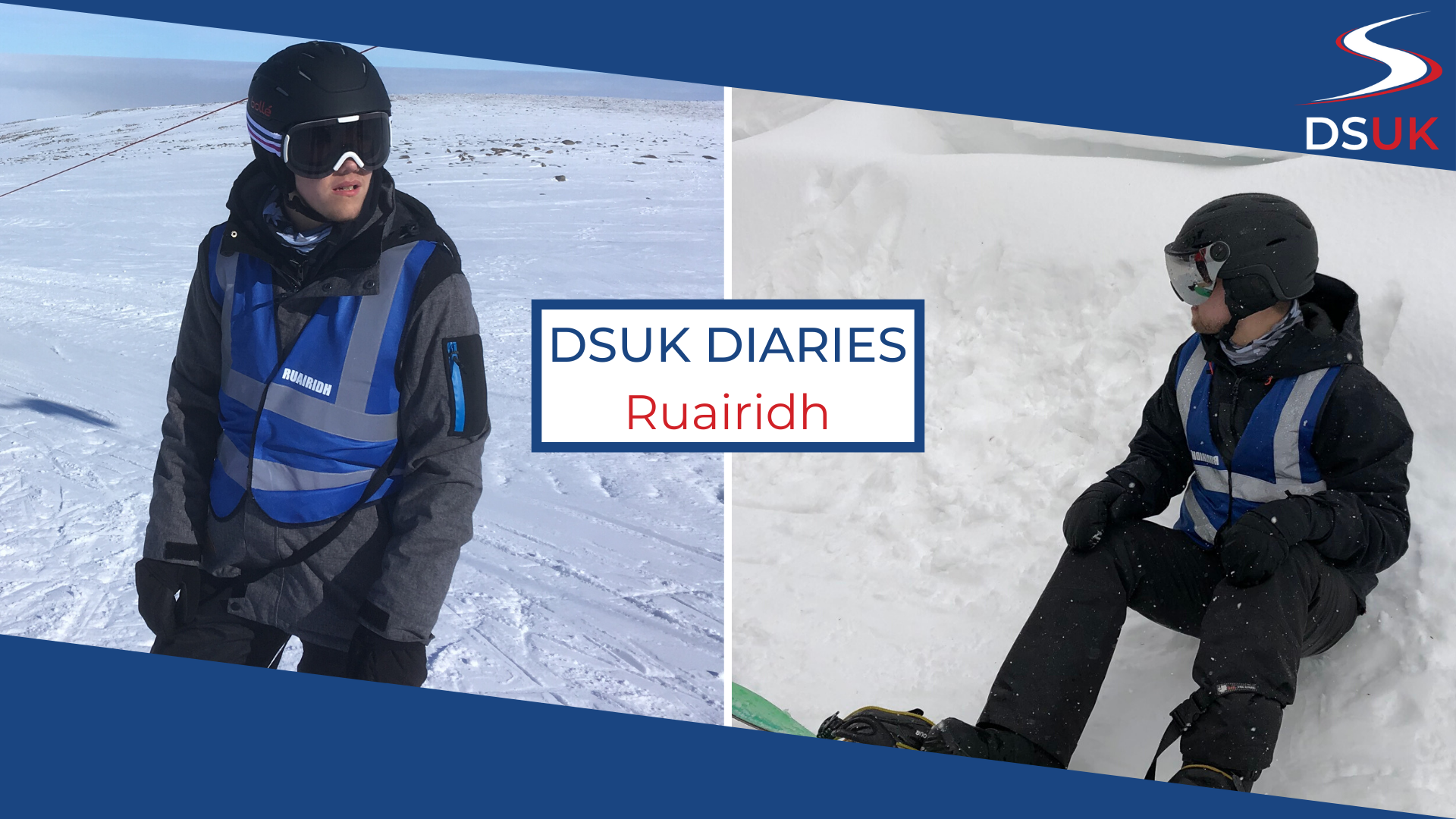 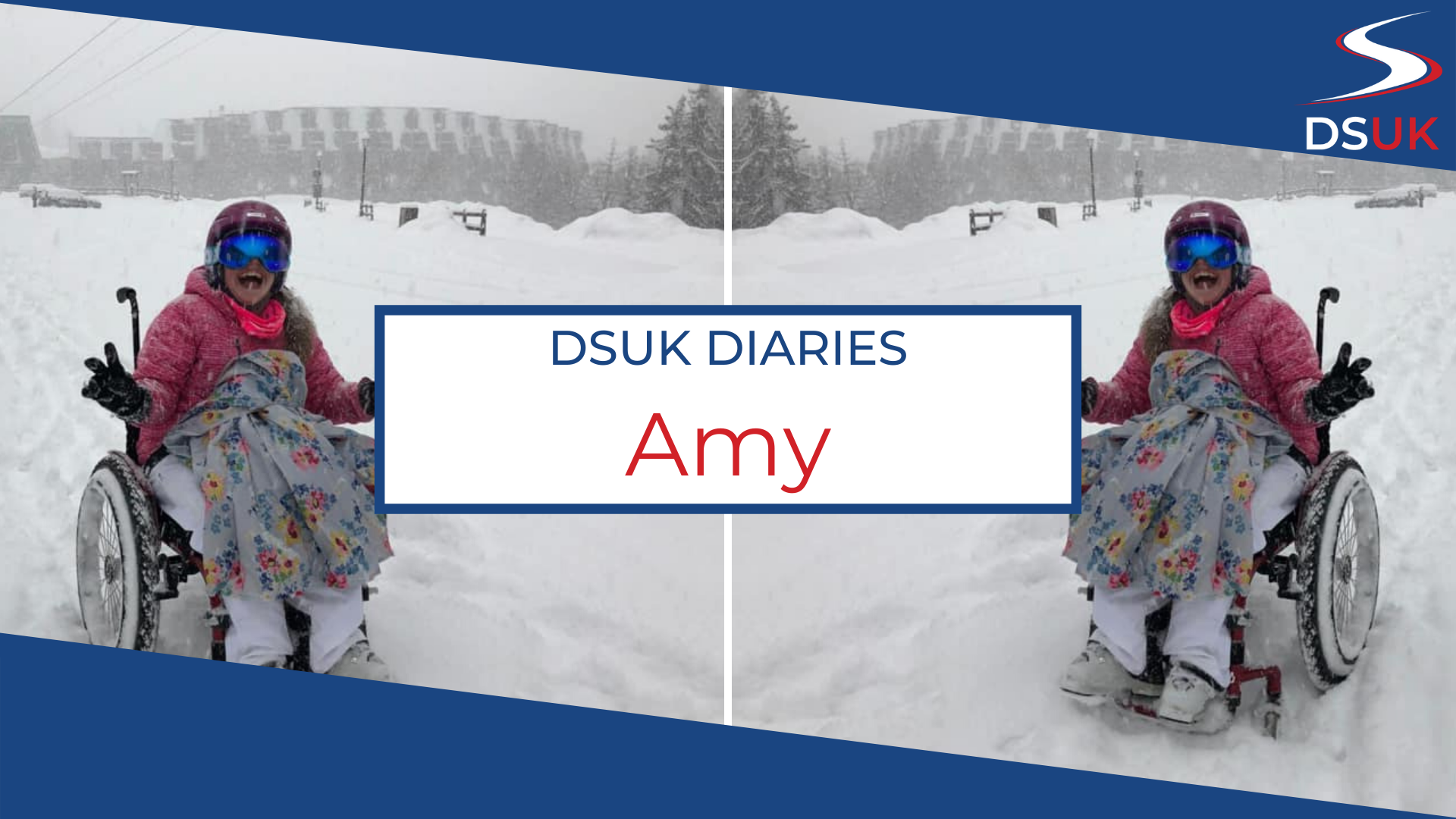 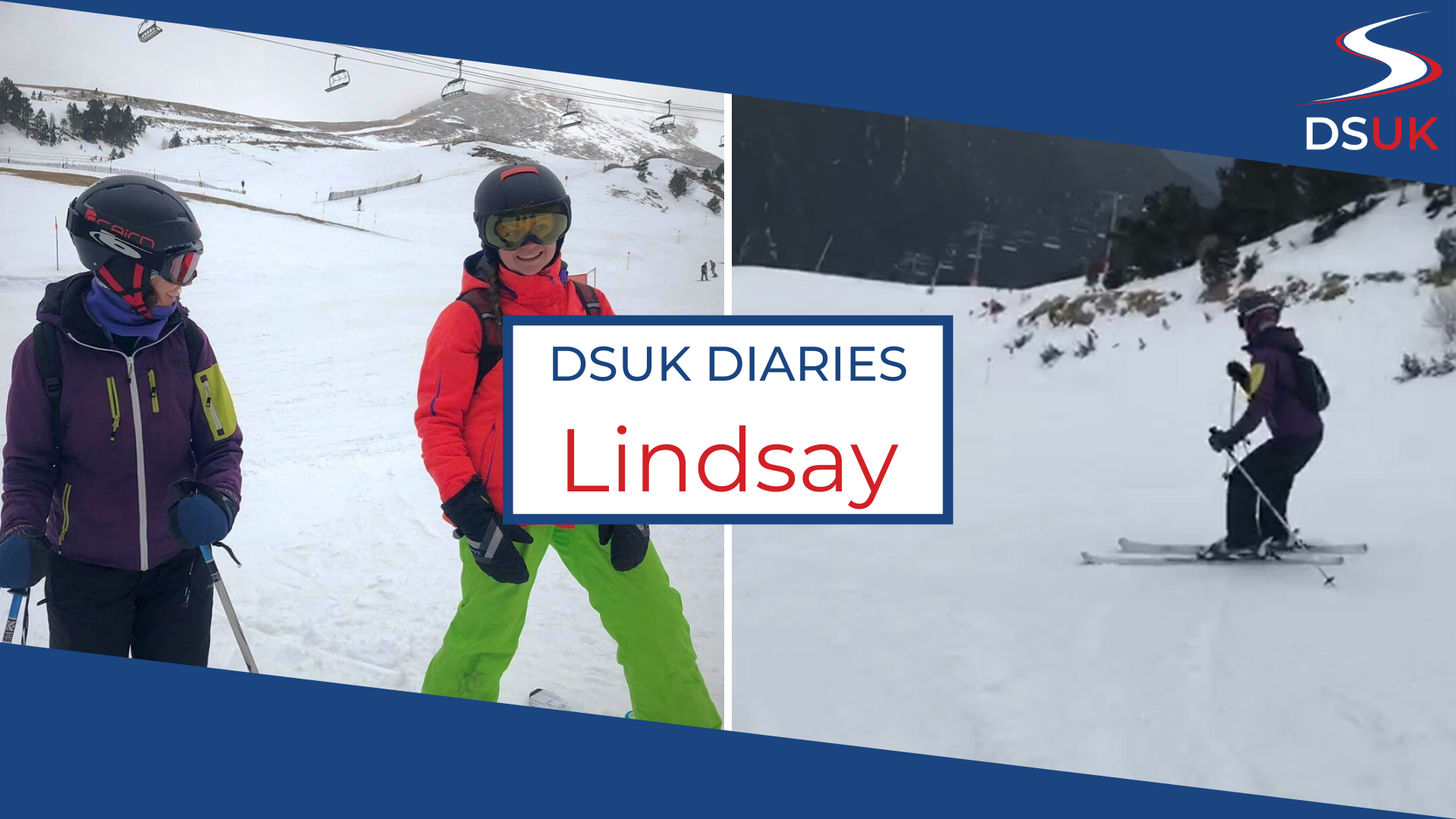 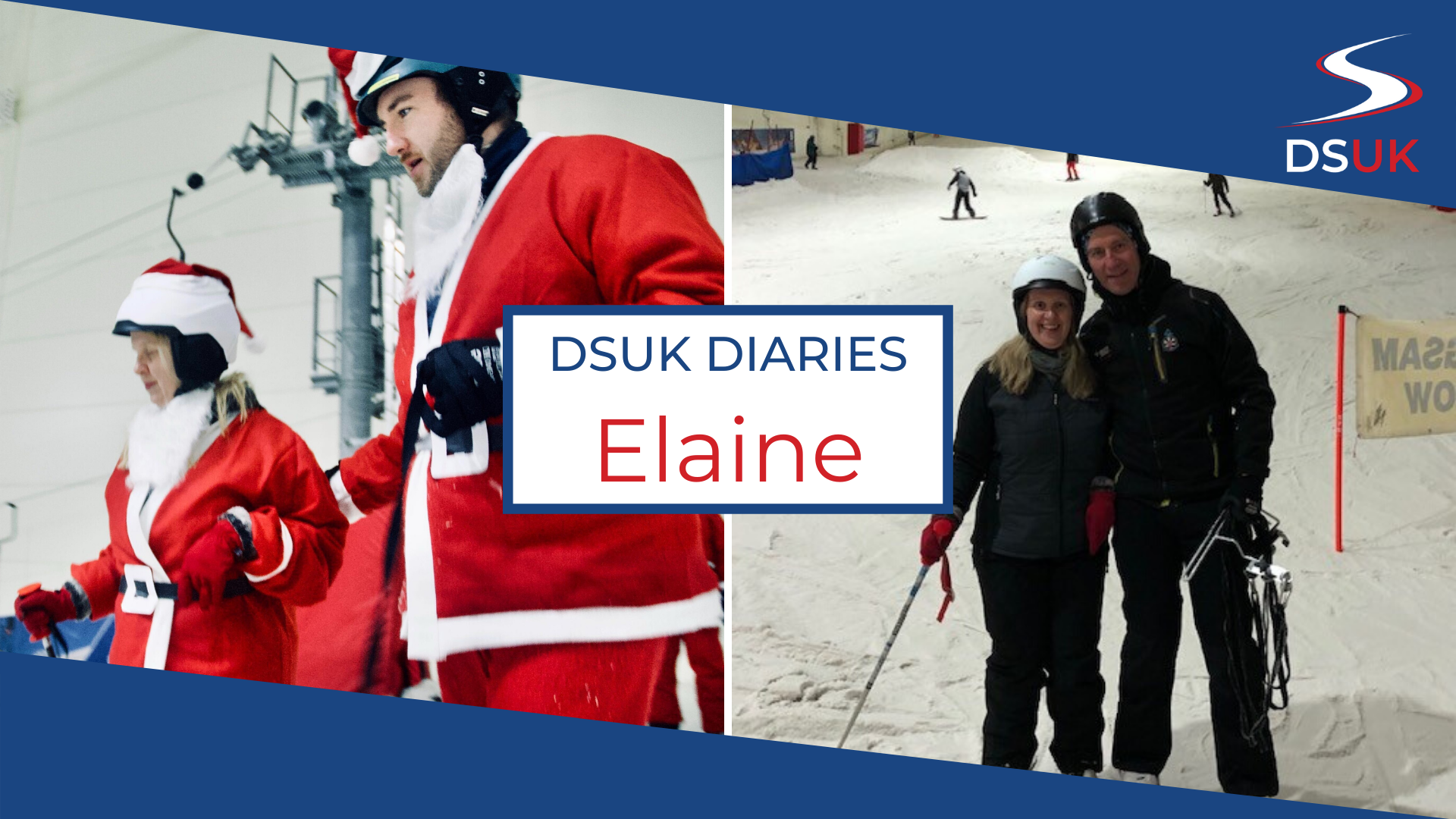